You are here: Home / Redeeming Books / Is Suicide the Unforgivable Sin? 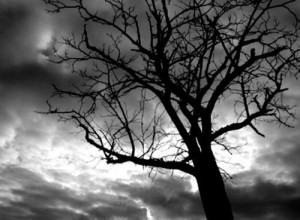 It is popular in some churches to teach that suicide is the unforgivable sin. There is, however, no Bible verse in Scripture to support this view. So why is this view so popular?

The reason people feel that suicide is the unforgivable sin is because there is no opportunity to repent from this sin after a person commits it.

Many people wrongly believe that if you die with unrepented and unconfessed sin in your life, God will not let you into heaven. Obviously, when someone commits suicide, their last living action was the sin of self-murder, and since they are unable to repent of this sin afterwards, some people feel that suicide will keep a person out of heaven.

Tragically, due to this idea, many surviving families of suicide victims not only have to deal with the terrible loss of losing a loved one in such a horrible way, but also have to deal with the pain, fear, and incredible sorrow of thinking that their loved one is now in hell, even though they may have been a wonderful Christian for most of their life.

This should not be, especially since it is not true.

How do we know that suicide is forgivable?

First of all, as with every sinful action we can possibly commit—including suicide—Scripture is clear that God forgives all such sins. I have discussed this in other posts, as well as why confession and repentance are not required to receive divine forgiveness of sins.

But specifically regarding the sin of suicide, Scripture records several examples of men who committed suicide, but who will be in heaven with God for eternity.

For example, Samson committed suicide (Judg 16:29-30) but Hebrews 11:32 lists Samson as a great example of a man of faith. Would God include someone in a list of people of great faith who actually ended up in hell? Of course not. What kind of example would that be?

King Saul also committed suicide, but various Scriptures by King David indicate that King Saul also will be in heaven. (The explanation is rather long, and so I am not including it here. It can be found in my book on The Unforgivable Sin.)

Anyway, have you ever been told that suicide is the unforgivable sin? Why do you think people teach this? Provide your input below.