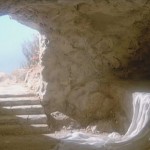 The differences between Christmas and Easter could be told as The Tale of Two Fridays.

Every year, Christmas generates over $400 billion of economic activity, with a large percentage of that being spent the day after Thanksgiving, “Black Friday.” Then, for the next four weeks, the frenzied shopping continues, with the hustle and bustle of buying and baking and decorating and cooking, until by the time Christmas gets here, most of us have lost our sanity and our savings.

The Christmas season lasts about four weeks, is kicked off by “Black Friday,” and is characterized shopping, spending, and decorating. 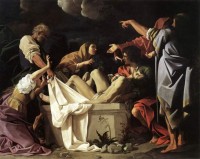 And then there is Easter. Easter week often begins on Palm Sunday, and leads up to “Good Friday” which is the day most people believe Jesus was crucified (I believe it was Thursday, but that’s a different study). Then a few days later, we celebrate Easter, also called Resurrection Sunday, as the day that Jesus rose from the dead. Though Easter week is about the Resurrection of Jesus, the death of Jesus is what makes it all possible.

Generally, very little money is spent for Easter. Very little decorating is done. Maybe a few lilies are bought and eggs are decorated, but other than that, it shares none of the frantic activity that Christmas does.

Which is great. But also odd. 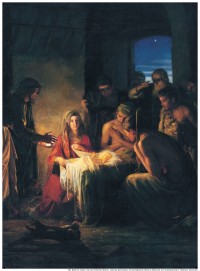 Birth of Jesus vs. Resurrection of Jesus

Did you ever realize that in Scripture, the birth of Jesus doesn’t really matter a whole lot? Oh sure, Matthew talks about it, and Luke gives it some room, but other than those two Gospels, it’s as if nobody cares about the birth of Jesus.

Other than Matthew and Luke, no other biblical author mentions the virgin birth. The star stops shining. The wise men disappear from the stage.

Sure, the details of the birth of Jesus are critical, crucial, important, and necessary, but it still only gets a few short paragraphs in all of the New Testament. (Somewhere, I read the number of verses that talk about the birth of Jesus compared to the number of verses that talk about His resurrection, but I cannot find it right now. Anybody ever run across this?)

Re-do the Calendar: Focus on the Resurrection of Jesus

If I could change one thing about the church’s annual calendar, I would do away with the overemphasis on Christmas, and put Easter in it’s proper place of importance. When I was a pastor, I usually preached on Christmas themes during the entire month of December, but only preached about Easter on the one day of Easter.

If I could do it all over again, I might try to follow the emphasis given in Scripture. I would only preach about the birth of Jesus one time per year, or maybe every other year, but preach and teach about the resurrection of Jesus every chance I got, and especially leading up to Easter Sunday.

The problem, however, is that for some reason, most of us don’t get nearly as excited about the resurrection of Jesus as we do for the virgin birth of Jesus.

But I think that when the truth of the resurrection of Jesus gets a hold of our mind, it radically changes, challenges, and inspires us in the same way it did for the early believers.

So forget about Christmas! This week, this month, this year, let’s focus on the resurrection of Jesus!

On Easter, someone probably said to you, “Happy Sex Goddess Day!”

No? That didn’t happen?

Well, it probably did, and you just didn’t know it.

Have you ever wondered why we call the day that Jesus rose from the dead “Easter”? That word is not found anywhere in the Bible, so why do we call it “Easter”?

There are many theories about the origin of the word “Easter” but among the main contenders is the idea that it comes from the name of a sex goddess (or fertility goddess). Here are three such fertility goddesses:

Our English word “Easter” seems to be drawn from the name of a pagan sex goddess.

Also, based on my research, our modern celebration of Easter appears to be a conglomeration of various parts and pieces of all three sex goddesses listed above.

In some of the traditions related to one or the other of these fertility sex goddesses, celebrants would rise early in the morning to observe the sun rising in the east.

In others, people would feast on ham.

In still others, children would go outside and hunt for decorated eggs. The eggs were supposed to have come from divine bunnies, which were revered for their ability to rapidly reproduce (… you know the saying: breeding like rabbits).

In others Easter traditions, it was thought that rabbits brought forth the light of spring from the sex goddess.

By worshipping the fertility sex goddess in these ways, the people were welcoming the longer days of spring, and were praying for fertile flocks and fertile fields.

The Truth of Easter

So is this why we call Easter “Easter”? Well, people argue over it, but wherever “Easter” (the name) really came from, there definitely seems to be numerous connections between the spring equinox, sunrise, new life, spring, bunnies, eggs, fertility rites, and a sex goddess.

So when then did the church adopt the practice of referring to the day Jesus rose from the dead as “Easter”? Some Christians, of course, refuse to call it “Easter” and refer to it instead as “Resurrection Sunday.” They do this because they know about the pagan roots of “Easter” and think that it detracts from what the significance of the resurrection of Jesus.

But does it? Is it wrong to refer to “Resurrection Sunday” as Easter?

So what is the explanation? Why did the church choose to celebrate the resurrection of Jesus on Easter Sunday, which is named after a pagan sex goddess?

The reason the church adapted some of the symbolism and practices from their surrounding pagan culture is an interesting study, but the simplest explanation which makes the most sense to people today is found in our own culture. 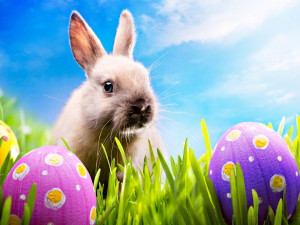 Have you ever seen t-shirts that say “God’s Gym” or “Abreadcrumb & Fish”? I’ve seen t-shirts with the Guitar Hero design, but on closer inspection, it says “God is my Hero.” Similarly, there are “Amazing Grace” t-shirts that look like the “American Idol” logo, and I have seen shirts with the superman logo, but with “JC” instead of “S.” I’ve seen a Staple’s “Easy” button with the word “Jesus” on it instead.

Is all this silly, commercialized, “Jesus Junk”? Yes. I roll my eyes at most of it. I cannot believe people make this stuff, but more than that, I can’t believe people buy it and wear it.

Of course, the reason companies make this “Jesus junk” is because it sells. People buy $4.6 billion of this stuff every year. And one reason Christians buy it is because such things help them bring Christ into culture. I would argue that there may be better ways of doing this, but that’s a different subject …

But another reason is that they realized the same thing we do today: Why do some Christians have “iPray” hats and “Got Jesus?” bumper stickers? It’s an attempt to be contextual. Early Christians borrowed some of the symbolism of the various “Easter” celebrations they observed around them, and incorporated them into the celebration of the resurrection of Jesus.

But there is something even more important than that.

Should we just Fry the Eggs and Kill the Bunnies?

Some Christians are aware of where the “Easter” traditions came from, and, thinking of passages like Jeremiah 10:2 (Do not adopt the ways of the Gentiles…), refuse to say “Happy Easter!” Instead, they say “He is Risen!” Or “Happy Resurrection Day!”

Those are good things to say today, because, of course, this is the day we celebrate the historical event of Jesus rising from the dead.

But you want to know what? I’m also fine with saying “Happy Easter.” Is that because I worship Ishtar? Far from it. Have I adopted the ways of Ostara? No. Am I going to fall down in front of an Asherah pole? Of course not.

Instead, calling Resurrection Sunday “Easter” reminds me of my redemption. How? 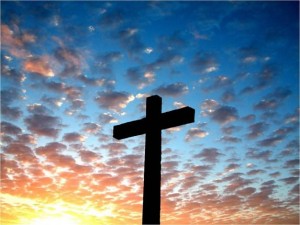 The simple fact that most people don’t know the origins of the word “Easter” shows that a shift has happened over the past 2000 years. The day has been redeemed. Though Easter is a commercialized holiday, most people still associate it with Jesus and His resurrection from the grave.

Of all the days in the year that people “go to church,” Easter is in the top two (the other being Christmas Eve). People associate “Easter” with Jesus; not with Ishtar.

The very fact that people think of Jesus rather than Ishtar when they say “Happy Easter!” is proof that this sex goddess holiday has been redeemed.

Because of this, Easter reminds me of what Paul says in 1 Corinthians 6:9-11. Though his readers used to be adulterers, fornicators, slanderers, thieves, drunkards, idolaters, and swindlers, they were not this way any longer. They were washed. They were cleansed. They were purified, sanctified, justified. They were no longer who they used to be. In a word, they were redeemed.

Similarly, we can talk about the way Ishtar Day used to be. We could talk about the rites, the rituals, and the pagan practices. But it is not that way any longer. Easter has been redeemed … just like you and me.

On Easter, rather than getting drunk and visiting a temple prostitute, most people celebrate the death and resurrection of Jesus. Yet we still call it Easter. This is redemption!

Sure, we might eat ham, look for Easter eggs, and give Easter candy. But when we do these things, nobody thinks about Ishtar. Most are just enjoying a fun day with the family (a wonderful Christian practice), and many others of us are remembering the death and resurrection of Jesus Christ (the most important event in human history).

Jesus is in the business of redemption. He not only redeems people, but He also redeems history, culture, places, events, customs, and holidays, “until all things are placed under His feet” (Eph 1:22-23; 1 Cor 15:27). Jesus has redeemed Easter.

So, this Easter, when you wish someone “Happy Easter!” remember that just as Jesus has redeemed a pagan sex goddess holiday, He has redeemed you as well.