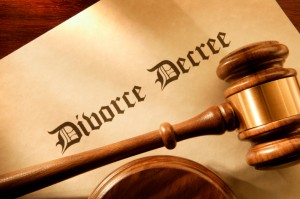 Some believe that divorce is the unforgivable sin.

This view is not as common as it once was. After all, a large percentage of Christians have been divorced. Common “sins” such as divorce usually make poor candidates for the unforgivable sin since such a position would disqualify many Christians from eternal life.

However, there are still some who believe that divorce is unforgivable.

Why some believe Divorce is the Unforgivable Sin

The logic of this view is primarily based upon Malachi 2:16, where God says, “I hate divorce.”

Those who quote this verse usually overlook the fact that Scripture lists other sins which God also hates, such as pride, lying, and discord (Prov 6:16-19).

Nevertheless, divorce is singled out as particularly bad, because it is thought to be a sin that people cannot properly repent of, for if someone gets divorced and then repents of it, they are still divorced. The sin still remains. For this reason, people think that divorce is unforgivable because it can never properly be repented of.

Refuting the View that Divorce is the Unforgivable Sin

There is much to be said against the idea that divorce is the unforgivable sin.

First, as with most views about the unforgivable sin, those who hold this view reveal a deep misunderstanding about the grace of God and what was accomplished by Jesus on the cross for the sins of the whole world.

An improper understanding of the grace and forgiveness of God is the root cause of most of the wrong views about the unforgivable sin.

The topics of God’s infinite grace and forgiveness will be looked at in later posts, and so nothing more will be said about it here except to say that God’s grace covers even divorce.

The idea that divorce is unforgivable is also disproven by various Scriptures.

For example, it is critical to recognize that God Himself is a divorced person. In Jeremiah 3:8, God gives Israel a certificate of divorce. In other words, God divorced Israel.

One could argue that God was not exactly married to Israel the same way that a man is married to a woman, but against this it could also be argued that the covenant relationship God has with Israel is far stronger and far more binding than the relationship shared between a husband and wife.

Some might also say that it was okay for God to divorce Israel because of her numerous acts of infidelity to Him, and infidelity is the one basis by which divorce is allowed (cf. Matt 19:9). Of course, Jesus says that the only reason for this allowance was because of the hardness of people’s hearts (Matt 19:8). Ideally, not even marital infidelity should result in divorce, as in God’s eyes, the marriage union lasts as long as both people live. This is even more true of God, whose patience and long-suffering are nearly without limits. Yet the limit was reached, and God gave Israel a certificate of divorce.

So God is a divorced person.

There is also evidence in Scripture that Moses was divorced. First, we learn from Exodus 18:2 that Moses had separated from his wife, Zipporah. This likely had something to do with Zipporah’s disgust at having to circumcise her sons (Exod 4:24-26). After Moses leads the people out of Egypt, Jethro, Zipporah’s father, tried to get the two of them back together, but was unsuccessful, for later in the Pentateuch we learn that Moses had married an Ethiopian woman (Num 12:1).

One wonders if the allowance by Moses for the Israelites to divorce and remarry was because he himself was divorced and remarried (Matt 19:8).

Regardless, everybody expects to see Moses in heaven, and in fact, at the Mount of Transfiguration, Moses is one of the two heavenly beings that speaks with Jesus (Matt 17:1-4).

So divorce is not the unforgivable sin. If you have been divorced, there is grace and forgiveness for you.