You are here: Home / Another Girl Rescued Today! 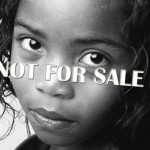 Another girl in India was rescued from sex slavery today through Children’s Hope Chest and their partner organization, India Rescue Mission. According to the report, the team member who went in to the brothel as a decoy customer was beaten and robbed of his cell phone and cash, but escaped with the girl without further injury. She is being examined by a medical team, and the brothel owner was arrested on sex trafficking charges.

Children’s Hope Chest has similar plans to rescue dozens of such girls from sex slavery in Russia. We are trying to raise funds to help this rescue mission.