You are here: Home / Girls for Sale 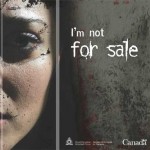 So why don’t we do this? Well, some organizations are, but as Nicholas Kristof of the New York Times found out, simply rescuing a girl is not the end of the story. Here is the beginning of his article:

I met Srey Neth, a lovely, giggly wisp of a teenager, here in the wild smuggling town of Poipet in northwestern Cambodia. Girls here are bought and sold, but there is an important difference compared with the 19th century: many of these modern slaves will be dead of AIDS by their 20’s.

Some 700,000 people are trafficked around the world each year, many of them just girls. They form part of what I believe will be the paramount moral challenge we will face in this century: to address the brutality that is the lot of so many women in the developing world. Yet it’s an issue that gets little attention and that most American women’s groups have done shamefully little to address.

Poipet, 220 miles on bouncy roads from Phnom Penh, is a dusty collection of dirt alleys lined with brothels, where teenage girls clutch at any man walking by. It has a reputation as one of the wildest places in Cambodia, an anything-goes town ruled by drugs, gangs, gambling and prostitution.

The only way to have access to the girls is to appear to be a customer. So I put out the word that I wanted to meet young girls and stayed at the seedy $8-a-night Phnom Pich Guest House — and a woman who is a pimp soon brought Srey Neth to my room.

Srey Neth claimed to be 18 but looked several years younger. She insisted at first (through my Khmer interpreter) that she was free and not controlled by the guesthouse. But soon she told her real story: a female cousin had arranged her sale and taken her to the guesthouse. Now she was sharing a room with three other prostitutes, and they were all pimped to guests.

”I can walk around in Poipet, but only with a close relative of the owner,” she said. ”They keep me under close watch.They do not let me go out alone. They’re afraid I would run away.”

Why not try to escape at night?

”They would get me back, and something bad would happen. Maybe a beating. I heard that when a group of girls tried to escape, they locked them in the rooms and beat them up.”

”What about the police?” I asked. ”Couldn’t you call out to the police for help?”

”The police wouldn’t help me because they get bribes from the brothel owners,” Srey Neth said, adding that senior police officials had come to the guesthouse for sex with her.

I asked Srey Neth how much it would cost to buy her freedom. She named an amount equivalent to $150.

”Do you really want to leave?” I asked. ”Are you sure you wouldn’t come back to this?”

She had been watching TV and listlessly answering my questions. Now she turned abruptly and snorted. ”This is a hell,” she said sharply, speaking with passion for the first time. ”You think I want to do this?”

You can read the rest of this account in the following articles:

As Nicholas Kristof found out, something more is needed than a rescue. He suggests that we need to stop the men who pay for sex and arrest the brothel owners. While those are good ideas, neither suggestion really helps the girls.

This is why Wendy and I are raising money for Children’s Hope Chest. They have a holistic perspective on rescuing girls caught in sex slavery. They not only pursue every avenue possible to rescue these girls, they know that rescue involves more than just buying their freedom. True rescue includes medical attention and placing the girls in a close-knit, caring community that will give them the security, love, and friendships that they need and desire. Children’s Hope Chest provides this for the girls they rescue so that hopefully, the girls they rescue can stay rescued.