I believe the resurrection did, in fact, occur. I believe Jesus truly did rise physically from the grave on the third day after He was crucified and buried. But the question before us is, “What if Jesus did not rise from the dead?”

There are a thousand possible answers to such a question, but let’s just face the music and jump to the hardest and most troublesome answer of all: If Jesus did not rise from the dead, probably most of Christianity is a lie. We could probably hold on to the idea of God, and some of the historical events in the Bible, but beyond that, most of it would probably not be true.

If the resurrection did not happen, the truthfulness of the Bible itself should be doubted.

But you know what?

Even if the Bible cannot be trusted, even if Christianity is based on a lie, even if nothing I believe is actually true, I don’t think much of anything in my life would change.

Because what other options are there?

Should I join a different religion? Which one? I have studied and worked with all the various religions, and find none of them as compelling or life-changing as Jesus. I find all of them to be less inspiring than the stories about Jesus and the truths contained in Scripture, even if these things are lies.

If everything about Jesus is a lie, I would rather follow the lie that is Jesus than the truth of any world religion.

What about atheism? God, no! (I am not cursing! That was a pun!) I know many atheists, and I guess I would rather live by an inspiring story I knew was mostly wrong than a belief that everything is chance and nothing has meaning beyond the physical realm. Call it a crutch if you want, but I have enough trouble living life with God. I cannot imagine trying to get through life without Him.

If the resurrection did not happen, then most of the Bible is probably false. But that does not mean that some other religion is true, or that we must all become atheists.

To the contrary, even if the resurrection did not happen, we can still follow the teachings and example of Jesus. Why? Because there is no other person or idea in any other religion or in all of history that is more inspiring, loving, and hopeful than Jesus.

Even if Jesus did not rise from the dead, I would still follow Jesus. For me, there is no other option.

C.S. Lewis once considered a similar question. In one of his letters to a friend, Lewis explained what he would do if he found out that God had actually lost the cosmic battle to Satan. In such a case, there would be no heaven for believers, no hope for life after death, no cause to believe that God was all-powerful or perfect. But in such a situation, what would C. S. Lewis do? Here is what he wrote:

Even if—let’s make an impossible supposition—His voice—unmistakably His, said to me, “They have misled you. I can do nothing [about taking you to heaven]. My long struggle with the blind forces is nearly over. I die, children. The story is ending,” would that be a moment for changing sides? Would not you and I take the Viking way: “The Giants and Trolls win. Let us die on the right side, with Father Odin” (Letters to Malcolm, 120).

In other words, C. S. Lewis says that even if God Himself spoke to Lewis and told him that it was all a lie, that God had tried His hardest, but had finally lost, and was now about to disappear into oblivion and defeat, C. S. Lewis says it would not matter one bit. He would still stick with God. He would not switch sides. He would go down fighting, next to our dying God.

That is the same way I feel about Jesus.

I firmly believe everything written about Him in the Scriptures. I believe it is all true. I believe in the virgin birth, the miracles, the teachings, the death, and the resurrection of Jesus.

But if He were to appear to me and say, “You’ve been misled. Yes, I lived and died, and some of the stories are true, but most of it is a lie. I have been defeated. Sin and Satan won. Death was not destroyed. We are all heading into oblivion,” I would shrug my shoulders and say, “It matters not. I will follow what is written anyway, for there is no better way to live. And though the battle has been lost, at least maybe I can show some love and care to a few more people before we are all swept away.”

So what if Jesus did not rise from the dead? My answer is, “So what? I will follow Him anyway. Following the example of Jesus is by far the best way to live.”

This post is part of the April 2012 Synchroblog. Here is a list of the other contributors. Go check them all out!

When I was a pastor, I committed myself to following Jesus wherever He led, whatever the consequences, no matter what!

So imagine my surprise when He led me away from church.

Following Jesus Away from Church

Some people say that sin led me away, and that I am justifying my “apostasy” by claiming that “Jesus made me do it” which only compounds my guilt.

I understand the feeling. That’s how I used to feel too.

I still haven’t figured out what Jesus is up to, but He keeps beckoning me onward, and though I’m not moving fast, I’m still moving forward.

I still remember how, when I was a pastor, I thought that it was the good, godly, obedient people who “went to church” and everybody else was just irreligious or disobedient. Now I see that the lines are not so clearly drawn. In fact, for some church goers, the part of their life which they think is religious, may actually be the irreligious. Part of the problem of “attending” church is that we begin to think (even though we would never say this), that God is most active in those who also “go to” church.

But one of the surprise gifts which Jesus has given to me since I followed Him away from church is the recognition that I can see God in everybody and everything. No, I am not a universalist or a pantheist. Instead, I am beginning to see the truth of the image of God in man, dirtied as it is by sin, and the teaching of Scripture that all creation sings the glory of God.

I love church hymns, but now I hear a heavenly chorus in the sound of the wind rushing through the trees, and the birds welcoming the morning sun. I see the smile of God in the face of stranger when I let them go in front of me at the supermarket check-out line.

The voice of God, the hand of God, the worship of God is not just reserved for something that happens in a building on Sunday morning, but is a daily occurrence, an hourly experience. By following Jesus away from the church, He is showing me what church really is, and teaching me that everything, absolutely everything, is worship.

This path is not for everybody, but it is the path I’m on, and given my past, I could not be more surprised. 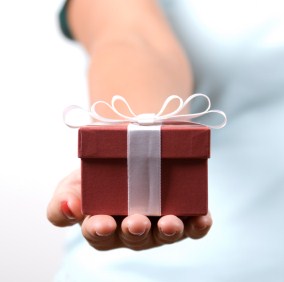 Today is one of the most important days of the year.

No, not because it is one of the biggest shopping days of the year, but because it kicks off one of the most celebrated seasons of the Calendar Year: the Season of Advent. 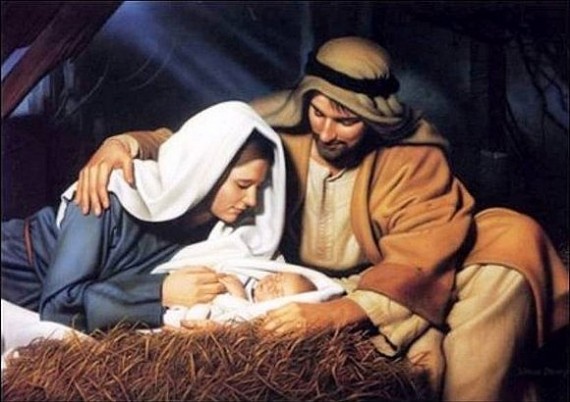 One of the reasons the Christmas Season is so celebrated is because it focuses on hope. Christmas is a Season of Hope. It looks to the birth of Jesus in the past, and all the hope that was wrapped up in that tiny baby born in a manger 2000 years ago, and generates hope in us today as well, that things can change, that things can get better, that redemption can come, that pain and wars and famine and sickness and trials and hunger can disappear, that tears will be wiped away.

Christmas season pulls all the hopes and dreams of the entire world and wraps them into a celebration of hope.

Christmas is probably the most widely celebrated Christian festival in the world. Incredibly, the birth of a tiny baby two thousand years ago in an obscure village in Palestine still has the power to impact and transform lives. Unfortunately it is also the most commercialized event on our calendars and even for many Christians is fast losing its religious significance. So what are we really expecting this Advent and Christmas season? Are we just waiting for a baby born in a stable or are we expecting a Saviour who will transform the world? This month’s synchroblog is centered around our expectations for the Advent and Christmas season. What are we expecting? How will it impact our lives and our faith?