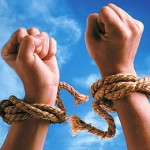 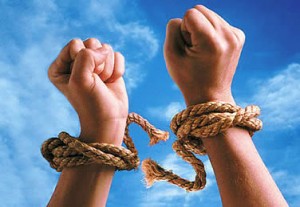 I receive a lot of emails and Google search hits about blasphemy against the Holy Spirit and the unpardonable sin.

One of the more popular search strings has been “Is adultery the unpardonable sin?”

Let me answer that question quickly:

NO. Adultery is not the Unpardonable Sin

And while I’m at it, neither is suicide.

But please, don’t do either of these things. If you are thinking about doing either, and fear of hell is the only thing keeping you from doing it, please contact me through the contact form on my About page.

Here is a link to a short paper I wrote on the subject:  The Unpardonable Sin and Blasphemy against the Holy Spirit. Below is an excerpt from this paper:

If you, or your friend or relative is not a Christian [and are worrying about having committed the sin], then be encouraged. Almost nobody who commits the blasphemy against the Spirit wonders if they have. They don’t care about such things anymore. The unbeliever who commits this sin has become so morally and spiritually blind that their heart is hardened to the point that they no longer care about spiritual things and will never believe in Jesus.

But nevertheless, some people are afraid they have. To them, I would simply say, “Worrying about it pretty much proves that you haven’t. So in order to make sure you never will be able to, believe on the Lord Jesus Christ, and you will be saved. Whatever sin you may have committed, you are still being convicted by it, which is good. God’s grace will cover over that sin, and all other sins if you will just believe in Jesus for eternal life.”

Are you afraid of committing blasphemy against the Holy Spirit or the unpardonable sin? Don’t be.

God isn’t out to get you, or set traps in your way so He can shout in triumphant glee, “Aha! Another one who will never experience my grace! Off to hell you go!”

That is not the God of the Bible. That is not what Jesus was teaching in Matthew 12:31-32. That is not the message of Hebrews 6:1-8. God’s grace and what Jesus accomplished on the cross is greater than anything you can say or do. It is only when you come to understand the perfect love of God that all fear vanishes and you can start living for God out of love for Him, rather than fear about Him.

So what is the Unpardonable Sin or the Blasphemy Against the Holy Spirit? I have a series of about 20 emails that shares more: 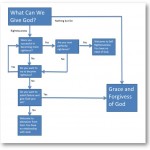 You know what God wants from you? Not your holiness. Not your perfection. Not your righteousness. All these things He gives to you as a result of faith in Jesus. They are not things we give to Him.

Even our love, obedience, and worship are tainted and twisted with selfishness and pride. All our righteous acts are like menstrual cloths (Isa 64:6). Yes, that is what the verse says.

So what can we give God? The only things we have: our crap.

The pain, anger, suffering, frustration, disappointment, and fears we face in life. God wants that.

He also wants the addictions, the failures, the mistakes, and the sin.

We often think that God wants us to stop sinning, but what He really wants is for us to give our sin to Him. We will not and cannot stop sinning until we do so.

Here is how it works:

END_OF_DOCUMENT_TOKEN_TO_BE_REPLACED 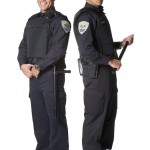 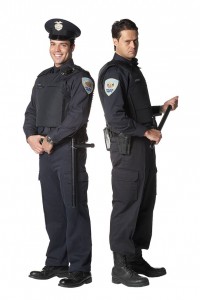 The way many of us view the death of Jesus on the cross is like some poorly scripted “Good Cop, Bad Cop” scene from a crime thriller movie, except now it is “Good God, Bad God.”

You’ve seen these movies, right? Prior to questioning a suspect, the two cops agree that one will be the “Good cop” and the other will be the “bad cop.” Usually the bad cop starts questioning the suspect, and in the process gets a little unhinged and starts to threaten the suspect with death, torture, or a life sentence in prison. Then the good cop steps in with a soft voice and a soothing tone and says that he can rescue the suspect from the bad cop and all his threats if the suspect will just tell them what he knows.

In much of Christian theology, this is sort of what happened between God and Jesus as they prepared to send Jesus to earth for our deliverance. I imagine the scene to be somewhat like this:

In a back room of heaven (before the foundation of the world) God and Jesus realize that they need to get the bad guy in the interrogating room (all humans) to confess to our numerous crimes. Here is how the planning went:

God: I know what I’ll do. I’m going to tell him that although I’m only looking out for the good of the universe, and since I’m so holy and just, I just cannot stand evil and sin, and I’m gonna have to shoot him.

Jesus: Yeah! And then I’ll come in, all humble, meek, and mild, full of love and care, and say, “God loves you so much! But you are so sinful, He’s gonna have to shoot you if you don’t fix up your life and tell us all the bad stuff you’ve done.”

God: That’s good. And then maybe when he says that he is doing a pretty good job, and he doesn’t know why he’s been arrested since he hasn’t broken any law, you can raise the bar on him a bit. Blame it on me, though. Because I’m so holy.

Jesus: Okay. I could say that although you commanded them not to commit adultery, what you are really concerned about it lust. And although you said, “Don’t murder,” if they call someone a fool, it’s the same thing.

God: Right. Improvise a bit on that. Just make sure you blame it on me and my holiness. That’s key. And then, after this goes on for a while, I’ll step into the room, pull out my gun, and yell, “Enough! This man is evil. Stop beating around the bush and make him confess!” Then I’ll point the gun at his chest and pull the trigger. I’ll shoot him.

Jesus: Sounds good. That’s when I jump in front of the bullet, and die in a bloody mess right there in front of everybody. It will be great. I’ll get on the news. I’ll be the talk of the town for thousands of years. People will write books about me. Of course, you’re not going to leave me dead, right?

God: Don’t be silly. Of course not. The resurrection is the grand finale. After I shoot at the man, and then you step in front of the bullet, he will be so shocked at your love for him, especially after you laid all that guilt on him, that he will be amazed at your love. And then when I raise you from the dead — oh man, he’ll just drop down and start worshipping us. It will be awesome!

Is that how it went down? Not even close.

How it all went down

First of all, while there was a plan, the plan did not include God and Jesus playing off each other like this. They were of one mind and will toward humanity, with love as the primary motivation.

Second, while God is just and holy, and while the death of Jesus did satisfy the holiness of God in regard to our sin, this was not the only — or even the primary — reason for the death of Jesus on the cross. This is called the “appeasement theory” or “penal substitution theory” of the atonement, and is the idea that the death of Jesus appeased the wrath of God.

Such an idea comes more from Greek Pantheistic mythology than it does from Scripture. The Greeks believed (as do the people of most religions) that the gods are angry and need to be appeased (aka bribed) in order to act nicely toward humans. To appease the gods, we need to do great things for them or offer valuable possession to then, such as our prize cow, firstborn son, or virgin daughter. If the gods are impressed enough with our achievements or our sacrifice, they won’t be angry any more.

This sort of thinking has crept into Christian theology as well, so that many Christians today think that something similar went on in the death of Jesus on the cross. It goes like this: God was angry. We tried to appease Him by obeying the law and giving him bulls and goats, but it wasn’t good enough. He was still angry at our sin. Since He knew that we could never obey Him well enough or give Him a sacrifice good enough to fully satisfy our debt, He sent Jesus to pay the penalty instead. Jesus stepped in, died for us, and paid the debt. Now God loves us, just as He always wanted.

While this way of thinking fits well with pagan theology and pagan deities, it could not be further from the truth regarding the God of Scripture.

Why did Jesus die?

Jesus did not die to appease God, but to cleanse us from sin, and deliver us from its power. Jesus died to defeat sin, death, and devil.

The death of Jesus was a rescue operation where He broke into the prison of our bondage where we were rotting in filth and decay, and through His life, death, and resurrection, demolished our chains, picked us up on His shoulders, and carried us to freedom outside of the prison walls.

If we want to liken what Jesus did to a movie, it is not a “Good Cop, Bad Cop” scene we should imagine, but Chuck Norris breaking Prisoners of War out of a military prison camp — except without all the shooting and killing. On second thought … maybe Chuck Norris isn’t the best example, but you get the idea.

The death of Jesus on the cross was to break the power of sin in our lives, and recapture for us the relationship with God that they have always wanted with us. And that is something that is Oscar-worthy. Or worship-worthy.